THE IDENTITY ECONOMY AND THE ‘BURDEN OF FREEDOM’

“In the old model, you knew exactly who you were and what was expected of you. Now, you have a lot more freedom, but you also have to continuously know what you think, what you want, what matters to you, where you want to go, what’s your next goal, where you want to be… The burdens of the self have never been heavier. That’s the trade off.” — Esther Perel

When I entered my twenties over 10 years ago, I had a lot to do: 1. Live abroad and go to as many countries as I could, 2. Collect experiences that would later serve as sources of anecdotal nostalgia, and 3. Get published a few times

And I wanted to do it all by myself. Strings would make it hard to tick off 1 and 2, you see. Flying solo also made for more entertaining articles (see: 3)

I suppose you could say I was ‘successful’. I called five cities across four countries home (six months counts as ‘living’ somewhere, right?), skittered through a string of roles including a stint as a travel reporter, landed a few bylines and gathered a censor-worthy collection of dinner table stories en route

But I also forgot how to keep my feet on the ground, when it wasn’t temporary. I’ve loved and left such a widespread community that all of ‘my people’ will never be in the same hemisphere (let alone the same city) at the same time. And I still struggle to call one place ‘home’ — even the one I grew up in.

I’m not looking for sympathy. Travelling (especially for ‘work’) is inarguably one of the greatest privileges and I wouldn’t change any of it, if given the chance. But when you’re forced to stop spinning — by something like a global pandemic, for example — and realise you made yourself a bit dizzy, it’s interesting to consider the alternative

As it turns out, my experience isn’t uncommon for a middle class millennial living and working in the ‘identity economy’. In fact, it’s fairly textbook.

The identity economy — for those playing along at home who, like me, hadn’t heard the term until pretty much now — is the model we Gen Y and Gen Z’s have grown up in, in which ‘work and home are the two places that help us define who we are’. As humans, we have needs for self-definition, fulfilment and personal growth — and in the identity economy, our jobs and relationships are where we seek to satisfy them.

This wasn’t always the case, of course. For our grandparents and even our parents, the socially acceptable possibilities for ‘work’ and ‘home’ were far from endless. Moving overseas meant spending months on a boat. Instagram-able #wanderlust was not a thing. The vast majority of people tended to settle in the same city they were born in, marry their first boyfriend/girlfriend, and stay at one workplace for 20+ years. Now, they’re the exceptions to the rule.

As Perel puts it in the prologue to her podcast ‘Hows’ Work’:

“The mass of people lived in a society that was organised by structure. It meant you had a deep sense of rootedness with tightly made knots that made it very hard for you to leave… Now (it’s) not about tight knots but about loose threads — that allow you to enter and to leave easily.”

Where identity was once assigned, the onus is now on us. So, we seek relationships that help us become our best selves (if we can manage to settle in one amidst the infinite stream of digital highlight reels) and our jobs aren’t about what we do, they’re about who we are.

I’m a lawyer, I’m a doctor, I’m a writer, I’m an artist. Introductions are easy when your job description is neatly summarised in one aspirational noun.

I repeat: No pressure. 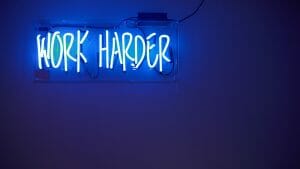 It goes without saying that we’ve made significant social progressions during those years — and in many areas still have a long way to go — which should never be understated. This is not a case against eliminating oppression.

But in the words of Eleanor Roosevelt — with freedom, comes responsibility. There’s a cost. Perel nails it:

“We used to have clear structures with little self-expression but a lot of certainty and a good sense of belonging. Now, we have a lot of freedom, a lot of choice, a lot of options and every second book is about belonging and community, because we tend to write about the thing that is missing…

“We still want that sense of belonging, but we want to be able to revoke it at any moment.”

Enter: COVID-19. What was revoked? Options, access and mobility for a generation who’ve known nothing but globalisation — and in the scheme of things, that was the better news. Lives lost, mental health battled, economies obliterated, companies evaporated, perspectives shifted, and it’s very much ongoing.

Equally, there’s no shortage of discussion about the silver linings of a forced pause. Grounded planes mean cleaner air; simple pleasures are really having their moment; the introverted, socially-anxious and overloaded had a chance to exhale; connection with our loved ones is more valued.

And when it comes to belonging, we’ve had to be more discerning and — dare I say it — committal.

Expats have been forced to reveal where their hearts lie: Return to the nest for the foreseeable future? Or risk not being able to return for an indefinite amount of time — or possibly, at all?

The demand for properties in countrysides, coastlines and more ‘liveable’ cities has surged. Some movers want to be close to family, some want to get away. Perhaps some are seeking a new community to belong to — to replace a workplace or city atmosphere that no longer exists.

If our relationships and our work help us define who we are, our location is an identity statement too. In lieu of job titles, and in the face of being stranded by sudden border closures at any moment — in some ways, where we want to live is also a question of who we want to be.

But this is all part of a normal we’re still calling ‘new’ — will the fresh perspectives last, or fade if the temptation of travel is back on the table? Will the generation of pandemic procreations grow to shift the dial from individualism back to community and stability, and be relieved of the ‘burdens of self’?

Perhaps we’ll find a happy medium — where the privilege of freedom isn’t burdened by expectation.

This article was originally published on Medium.

← MEET YOUR MAKER IS CONTENT STILL KING? THE REALITY OF GROWING YOUR REACH → 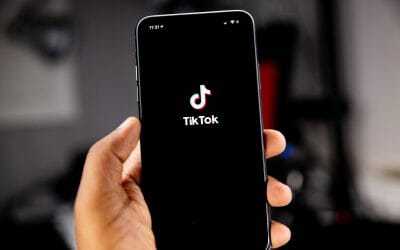 IS CONTENT STILL KING? THE REALITY OF GROWING YOUR REACH 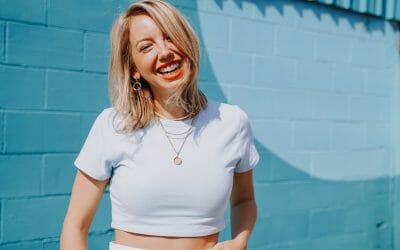 That’s me. I’m your maker… well, on this site at least. Intimidating, right? You’ve found your way to my unfiltered words. Welcome. If you want to...